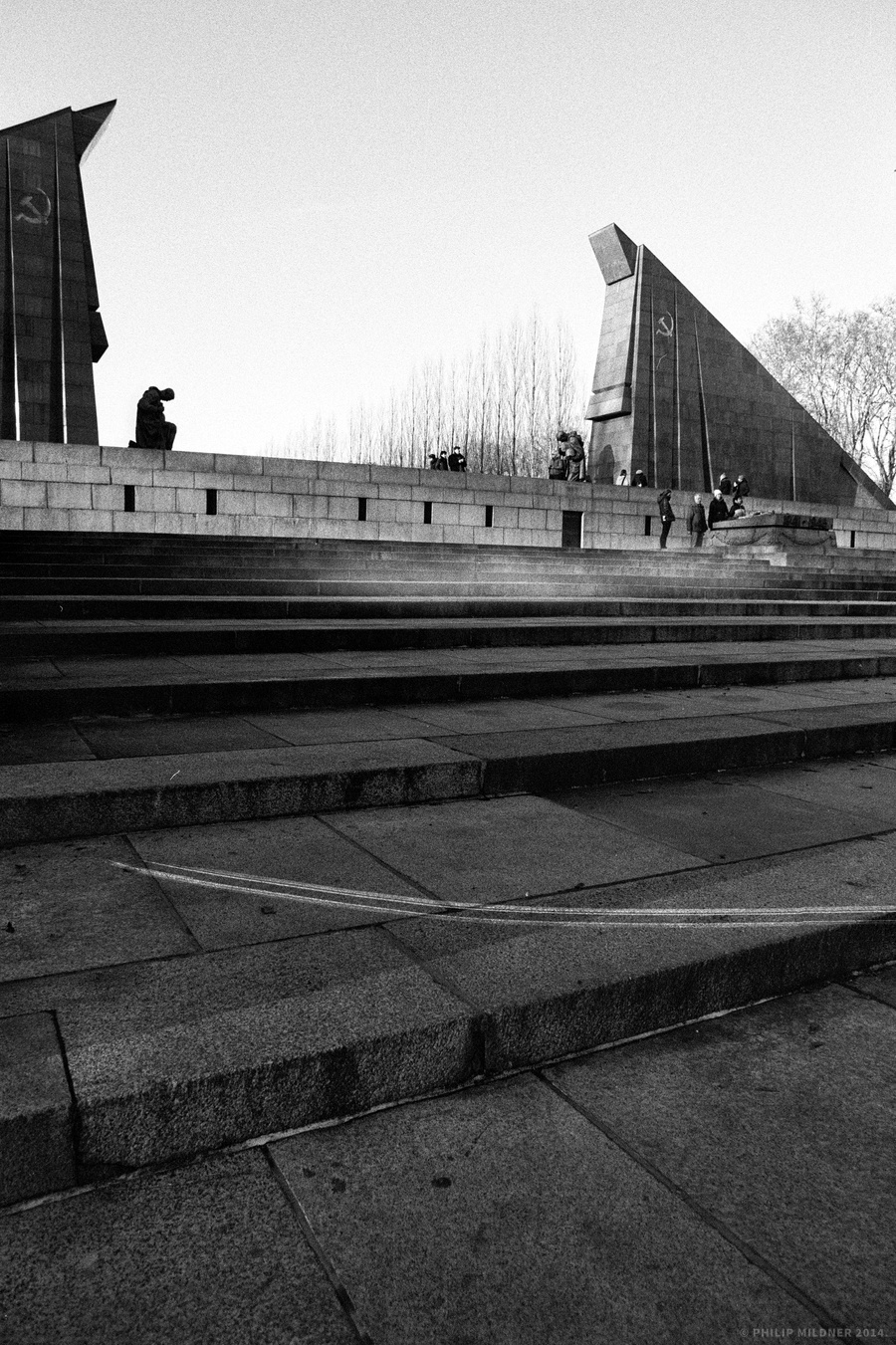 You may have noticed that I did post a lot of black and white images lately. Not only are these images without color, they also are made on an old film camera.

I made first experiments with a film camera when I was in Oslo, but on this trip this was not my primary camera. I continued to take photos with my digital cameras and this was fine so far. However, I still was intrigued by the idea of photographing with an analog, all-manual camera. So a while ago I acquired an Olympus OM-1 with a couple of lenses. The only “comfort function” this camera has is a light meter. Apart from that, it is all manual. You have to advance the film, focus, set aperture and shutter speed—ideally so that is matches the light metering—and then you can take one picture. For the next one you have to repeat all this. And still I decided to use this and only this camera for a while.

So why leave all the functions, image quality, and ease-of-use factor of my other cameras behind? The whole image taking process is slow, processing the films takes time, and films and development cost additional money. Still there was something about photographing on film that fascinated me. Maybe it was my impression that digital images tend to look just too clean. Or it was the fact that you cannot take a whole bunch of pictures and instantaneously look at them on the screen of your camera. Instead you have to have some confidence in your decisions and then be patient until the film has finally been developed. I also really enjoy to use all the vintage lenses that came with the camera. And just to look through the gorgeous viewfinder of the OM-1 is a pleasure on its own each time again.

Whatever the reason was, I still do not regret my decision. So for some time I will continue to shoot on film. One side effect is that I am not able to update this blog that frequently as I have to adapt to the time it takes to fill up the 36 shots of a film. For example, I still have some pictures from a skiing trip to the Feldberg I did in February in queue. So be patient, look out for more grainy, analog pictures and do not worry—at some point I probably will get enough of it again and return to the new and shiny world of digital photography.